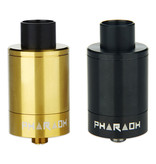 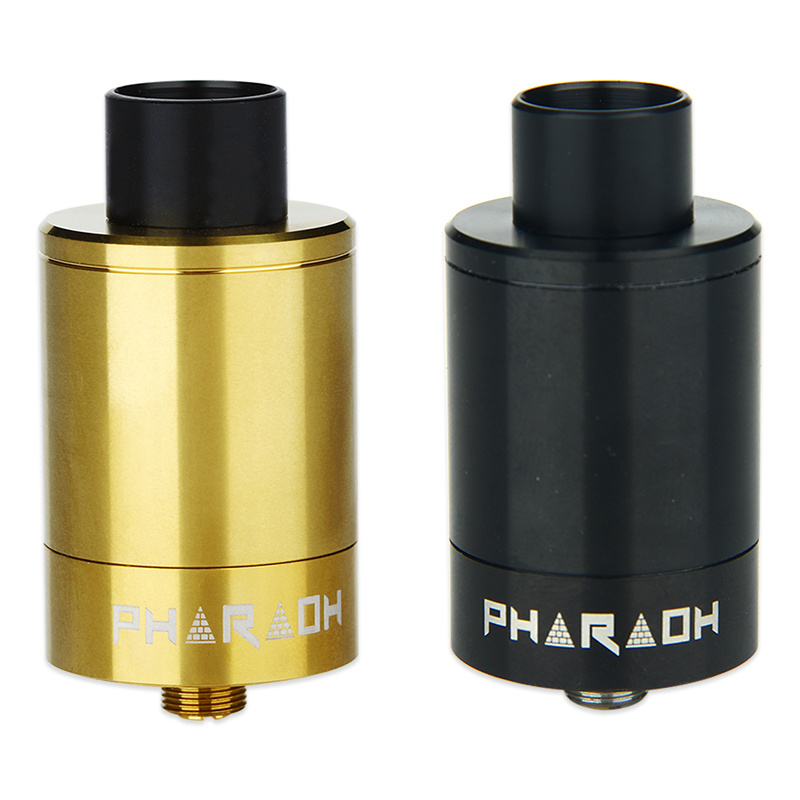 The Digiflavor Pharaoh Dripper Tank by RiP Trippers presents one of the most innovative and cutting-edge rebuildable platform to date, featuring a spring-loaded two-post design with clamp-style mechanism for unprecedented building configurations, slip-plate juice flow control, and precision click-clock airflow control. The Pharaoh Dripper Tank is a collaborative effort between Digiflavor and the influential RiP Tripper, establishing a perfectly balanced system that excelled in user-friendly functionality and performance effectiveness. The marquee achievement resides in the modernized two-post design, integrating a spring-loaded component to the clamp-secured quad terminals. Coil leads are inserted within the wide-space between the large surface area of the terminal base and the clamp itself, secured via a centrally positioned Phillips-screws for a tremendous range of coil structure configurations. Furthermore, contacts are cleanly attached within the terminal in an efficient manner, resulting in a superior and consistent connection. Airflow of the Pharaoh Dripper Tank is electrically cut, deploying three rectangular airholes in a horizontal arrangement and controlled by a precision click-clock AFC ring, maximizing airflow effectiveness in all spectrums between fully open and closed. It feeds into three internal airflow tubes, resulting in a direct-to-coil chamber effect with rapid and efficient air channels for outstanding vapor production. The wicking system is rotatable from the base, via a dynamic slip-plate that controls two juice ports to create a simple and effective wicking method. Additionally, two drip tips are included with the Pharaoh RDTA, including the 10mm Delrin straight bore, as well as an anti-spitback mesh Delrin widebore drip tip. Brilliantly constructed by Digiflavor with ground-breaking design inspiration from one of the most illustrious figure in our industry, the Pharaoh Dripper Tank by RiP Trippers Project makes for a perfect rebuildable platform that epitomizes every builder's dream.

Availability: In stock
Add your review
0 stars based on 0 reviews
Tweet